Christmas time is a time of year for magical characters to appear. As children, we remember those days of waiting patiently for Old Saint Nick to deliver his bountiful load of Christmas gifts. This very special time of the year brings out the best in human kind as we all gather joyfully around our family and friends.

Today we will be taking a look at some of those Christmas characters that bring great memories to many people around the world. Enjoy! 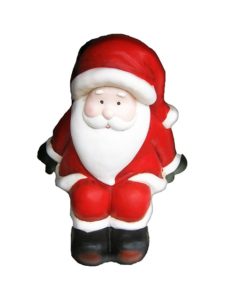 1. Santa Claus – The most popular of all Christmas characters is, you guessed it is Santa. With his round big belly and iconic long white beard, Old Saint Nick has brought joy to millions of children around the world.

All year Santa and his team of elves work hard at the North Pole making the gifts that on Christmas eve Santa will distribute to every good little boy and girl. The only thing that Santa asks in return is some cookies and milk so that he can re-fuel on his long journey around the world.

2. Mrs. Claus – Mrs. Claus is also a very iconic Christmas time character. She works hard to keep Santa happy during and after his long journey around the world. After he returns home she makes sure that he has a comfortable warm bed to sleep in and plenty of hot soup to eat. Mrs. Claus is the backbone of the household and a true matriarch.

3. Rudolph the Red Nosed Reindeer – Another Christmas time character related to Santa Clause Rudolph was the smallest of all of Santa’s reindeer and was picked on by the others because of his shiny red nose. But in the end Rudolph become the best reindeer of them all and helps Santa guide his sled during his long voyage around the globe helping him bring joy to billions of children.

4. Frosty the Snow Man – This is one of many children’s favorite Christmas time characters. Frosty has been around for many years and each December you can find his Christmas special on network television. Built by

children, he comes alive once they place a top hat on his head. He is also famous for his nose which is made of a carrot and his two eyes which are made out of coal.

5. The Grinch – Unlike the rest of these characters, the Grinch is a Christmas bad guy. He is a greedy green monster that roams around the country side stealing Christmas decorations from people’s front lawns.

He even goes inside their homes on Christmas Eve stealing all the toys away from the good little boys and girls. This character is often referred to as a recluse because he hides from people and lives alone.

These characters have been around for many decades and are still loved by children of all ages. So when the weather starts to get cold and you begin to do your holiday planning, it won’t be long before you see this classic Christmas time characters appear on a TV near you.